Don’t Throw People Under the Bus

Managing Conflict Starts With You

After a few years of hearing the expression and watching its use penetrate media and corporate circles I’m not so amused anymore (although the cartoon still gets me).  I started thinking, “Where did the phrase come from?”  And before there was a phrase, there was something going on that apparently needed a phrase so we could talk about it.  What was that?  So I did a little research.  I couldn’t find anyone who knew the origin of the phrase but I found a definition in BusinessDictionary.com.

“To throw someone under the bus” is defined as meaning “to sacrifice, to treat as a scapegoat, to betray,” but . . . the key to the phrase really lies in the element of utter betrayal, the sudden, brutal sacrifice of a stalwart and loyal teammate for a temporary and often minor advantage.”corporate circles I’m not so amused anymore (although the cartoon still gets me). I started thinking, “Where did the phrase come from?” And before there was a phrase, there was something going on that apparently needed a phrase so we could talk about it. What was that? So I did a little research. I couldn’t find anyone who knew the origin of the phrase, but I found a definition of it online in The Word Detective:

I couldn’t have defined it better. This is ugly stuff! Utter betrayal. The sudden, brutal sacrifice of a stalwart and loyal teammate for a temporary and often minor advantage. Wow!

Let’s not pretend that we haven’t all done this ourselves. When I was a kid my brother and I used to throw each other under the bus until we realized it just wasn’t worth it. One time my brother got me in trouble by telling my mom I forgot to take out the trash. As the pitch of my mother’s voice started to rise I quickly deflected with, “Did you hear about the explosion he had when he was playing with the chemistry set?” Thump Thump.

We laugh about that stuff now, but there is also a deeper pain that remains. It’s not just between my brother and me, or our family. It is something we do in our society. It is pervasive. That is why I am writing this article. People in our business world are throwing their teammates under the bus Way Too Much. It obliterates trust, hurts people, and hurts the business. Do we really have a team when we are throwing each other under the bus? How efficient and effective can a team be when everyone is watching their own back? 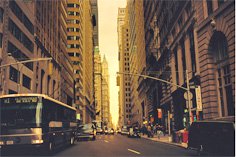 Business and the Bus

I recently facilitated a client group meeting where operational problems were being discussed so that the group could work together to resolve them. One of the challenges was that the team had not been able to move certain kinds of work offshore fast enough to achieve their margin reduction goals. The person who was supposedly leading the off-shoring effort was taking some heat for the delays. The boss was in the room and he was concerned about how this was making her look. He struck back at another person saying, “I can’t force you to staff projects using offshore resources, and you still don’t have those new staffing protocols in place.” Thump Thump.

What You Can Do

If the term, “throw one under the bus” and all of its associated behaviors can spread so virally in our society, then so can its antidote. From this point on we can each make a commitment to ourselves and our teammates to “keep each other out from under the bus.” If you are a supervisor, manager, or executive, model this new behavior and don’t tolerate bus throwing among your staff. For everyone else, you can also be a leader by showing people a different way. There is always another way to go. Please see our Skills Corner for tips on how to avoid throwing people under the bus.

If you would like some help changing your organizational culture to avoid, well, you know, (Thump Thump), please see our Conflict Management Services or contact us.

How to Avoid Throwing People Under the Bus

Metaphorically speaking, the best the way to avoid throwing someone under the bus is to not put yourself in front of moving buses. We tend to throw people under the bus when a bus is headed for us. If someone throws you under the bus, doing the same to them will make you look petty. Take the high ground. Here are some tips:

Take responsibility for yourself and your job

Don’t create situations where you may look “bad” in front of your peers or boss because you simply did not do your job when you could have.

Even if someone throws you under the bus, stay calm and remember you do not have to be insulted by what someone says. It is a choice. The emotion of insult will always cloud your better judgment, and you will find yourself striking back. This will hurt your position. Don’t go there.

Be constructive and additive in your responses

Find something in what the other person said that you can agree with and build upon. Take responsibility where you feel it is appropriate, and ask others for help when you do not have complete control over a situation.

Model this new way of being

As Gandhi said, be the change you want to see in the world. Show others how to do it. Be a leader in change. It starts with each of us.

If bus throwing is a problem in your business, we can help make it better. See our Conflict Management services. Or, contact us for a no-obligation consultation.