How to Avoid Being Thrown Under the Bus

Managing Conflict By Not Being A Victim

I started my series on bus throwing with the article, Don’t Throw People Under the Bus. Interestingly, it has become our all-time most popular Advance Update. But while people seemed to appreciate the article, they seem even more interested in hearing and talking about when they get thrown under the bus. So I decided to focus this article on how to avoid being thrown under the bus. I hope to start a dialog so people can share their experiences with “the bus” and offer advice to others who find themselves being rolled over.

In my opinion, the best way to manage conflict like this is to avoid it in the first place. I will share a wonderful little story to make a point about that.

The Wisdom of Avoidance

A wise teacher who was known throughout his country for overcoming his fear was getting old. His students talked about who would take over after he was gone. One student, who was jealous of the old man, wanted desperately to take over, and was tired of waiting. He came to the teacher with a challenge. “If I create a situation where you would show fear, you must let me take over because your well-known reputation would be proven false.” The teacher agreed to the challenge.

Day after day, the jealous student attacked the teacher in different ways, trying to evoke fear. He sprung at him from around a corner, put poisonous snakes in his bed, and even caused a stampede of cows in his direction. Each time the teacher artfully addressed the danger and moved himself to safety without a hint of fear. 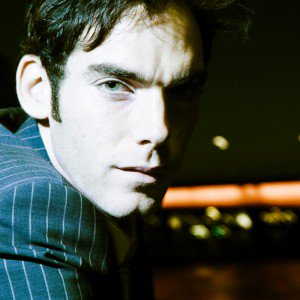 Frustrated with his failures, the student redoubled his efforts. He thought and schemed, and finally came up with an idea that would make anyone afraid, even the old man.

The next day, the student confidently approached the teacher with his scenario. He said to the old man, “You are driving in a very bad neighborhood late at night and your car breaks down. You don’t have a phone, so you get out of your car to find help. As you turn a corner and walk forward you eventually find yourself at the end of a dark alley. You are surprised from behind by a man with a large knife who holds the knife to your throat and says, ‘You are going to die!

Now you must admit,” said the student jubilantly, “that you would feel fear in that moment before death.” The teacher quietly responded, with the wisdom of the ages, “I wouldn’t have been there in the first place.”

How to Avoid the Bus

So how can you avoid being thrown under the bus? You anticipate and prepare. In this story the teacher was prepared to handle attacks the moment they occurred. More importantly, he was able to anticipate where attacks could come from and learned to keep himself out of harm’s way. He would never have driven alone through a bad neighborhood late at night without a phone in a car that could break down.

In my coaching work with executives I spend a lot of time helping them anticipate conflict and attacks as they navigate the political waters. It is unfortunate that executives have to spend so much time thinking about this, but that’s another article. While the typical executive has a big need here, this applies to everyone at every level in the organization. Here are some suggestions: 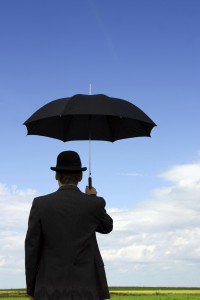 have never seen someone get thrown under the bus when everything was going well. So as you develop your radar for potential conflict, let this be your guidepost. When things go wrong, some people tend to blame in order to protect themselves.

Identify people who are inclined to blame and keep your eye on them when you find yourself in the same “sandbox” as them when things go wrong.

Anticipate when circumstances are heading toward trouble and, if possible, avoid them.

Go to school on people and undersand what they are capable of and willing to do. For example, if you see someone throw a person under the bus, they are most likely capable and willing to do the same thing to you.

Be Prepared to Deal With Conflict

Just as someone who practices martial arts prepares to handle conflict if it arises, you can do things to prepare for conflict in a work environment.

First and foremost, keep your own house in order. Know your responsibilities, do your job, and keep evidence of your accomplishments in case you need it.

One way you can partially guard against getting thrown under the bus is to build relationships with people before any bus throwing begins. People are less likely to betray a friend, but don’t take that as a guarantee.

If you involve others to solve a common problem, you can often avoid conflict before it happens. Go after and resolve the core issue together and build teamwork instead of letting conflict just happen.

Be Ready to Advocate for Yourself

If you find yourself under the bus, you may have to advocate for yourself. Make your case, compile your evidence, and present it clearly to those involved and those up the chain who need to know.

Please understand that none of us can avoid the bus 100% of the time. If you practice anticipating and preparing to deal with conflict, you can avoid a lot of it. But don’t overdo it either. If you find yourself spending too much time in a defensive posture your productivity may be suffering. Re-evaluate and find the right balance. Above all else, practice peaceful resolution – we need more of that in world.

For some additional tips on how to avoid being thrown under the bus, check out the Skills Corner below. Also, you may want to check out our Conflict Management Services or contact us for a no-obligation consultation.

Tips to Avoid Being Thrown Under the Bus

Here are some additional tips that you may find useful in avoiding “the bus.”

Position Yourself Ahead of Time

When projects or operations start to deteriorate, position yourself to avoid unfair blame. For example, through email and other communications, go on record as having done everything possible, in a responsible way, to avoid the problem. When it requires a team to avoid a problem, and you have clearly been a responsible team member, you buy yourself some protection when bad things happen.

We all must take calculated risks, but when you take one as a team member, for example, make sure the team understands the risk and decides as a group if you should take that particular course of action. Discuss contingency plans with the team if the worst happens. Then the team is a part of the risk, not the victim of it.

Some organizational cultures actually condone throwing people under the bus. They are survival of the fittest kinds of cultures that breed conflict. If you find yourself in that ugly world, you and everybody else in the company are at greater risk of meeting the underside of the bus. If you decide to stay in that environment, you will have to be extra diligent in employing these preventive measures.

When a company runs into a crisis like a bad public relations incident or an eroding financial position, people will tend to run for cover. You don’t want to be the last person standing when the music stops. Monitor crises during their resolution and afterward. Assess the personal risk of those involved and watch out for situations that make you vulnerable to unfair blame from those most at risk.

Bus throwing is the symptom, not a root cause. There are usually deeper organizational issues in play that tend to breed conflict. If your business needs help identifying and dealing with the root causes of conflict, you may be interested in our Conflict Management services. Or, contact us for a confidential, no-obligation consultation.