A Solution for Managing Unintentional Conflict in Operations

The Crux of the Issue

The Good News: Most managers are aware when there is conflict 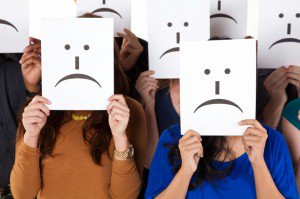 among their people. That is quite visible. What eludes many, however, is that much of the conflict is unintentional. It is caused by the way their operations are designed and implemented. Because this relationship between operational design and conflict is not very visible, many managers are unaware of it. They tend to treat the symptoms (the conflict) instead of the root cause (the operations). While this is generally done with the best of intentions, it’s kind of like telling your child to run faster when he has a strained muscle, and to stop crying when he has a tummy ache. It doesn’t solve the problem and just makes things worse!

The good news is that when managers learn to view conflict as a diagnostic clue, they can identify and resolve the root cause problems in their operations, preventing conflict and significantly improving their business performance.

Let’s revisit the story and then talk about the fix.

A Story of Unintentional Conflict at the Operational Level

A few years ago the Legal Department in one of our client companies implemented a new system and process for handling contracts in the company. As requests for new contracts came in from the business units, they formed a pool of time-sensitive internal work orders. The company assigned attorneys to specific work orders but did not assign paralegals. Instead, the system and process required that paralegals monitor the new requests and sign up for the work orders they chose from the pool.

This client engaged Advance Consulting two months after the system was implemented. Morale among the paralegals had hit rock bottom as infighting among them reached a feverous pitch. Some complained that they were doing much more work than others. Specifically, the “slackers” didn’t take on as many contracts and “cherry picked” the easy ones. Others complained that paralegals with expertise in certain areas were not taking on the contracts that required that expertise. Others who were “stuck with them” were floundering without the proper knowledge. The backlog of unprocessed contracts had doubled, and the company was losing deals as a result.

In this case, the unintentional conflict caused by the new process and system had created divisive conflict among the paralegals. That which was intended to speed up the processing of contracts damaged working relationships and slowed operations. It negatively impacted the company’s revenue and ability to do business.

Those who designed the contract process and system were unaware of the conflict they would cause by allowing/forcing paralegals to choose work vs. intelligently assigning work to them. It seemed to make sense at the time!

Following our advice and guidance, the manager in charge of the contract processing operation applied three conflict resolution techniques to resolve the issues:

First, the manager recognized that the conflict among the paralegals, and the delays in contract processing, were symptoms of the deeper issues (i.e., unintentional conflict caused by elements of the operational design). He then developed a vision for how the operation could work better and a road map to get there.

The manager built alignment among 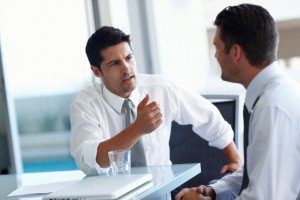 the people involved by discussing the root problems in a non-accusatory way, sharing his vision for how it would be better and laying the groundwork for tangible steps to get there together.

With the stage set, the manager commissioned a working group that evaluated and remediated the business operation. They payed particular attention to the areas within the operation that generated conflict. Their remediation included developing a new role, the Resource Allocation Manager. This person assigned paralegals to new contracts based on a set of decision criteria. This promoted “best fit” assignments and leveled workloads across paralegals. Based on a contract needs analysis, they instituted custom training seminars. Seminars in specialty areas of the law gave Paralegals the knowledge required to process certain types of contracts. Also, to provide greater visibility and management control, they implemented a new tracking system. This system identified “bog downs” and “choke points” before they became major problems.

Six months later things had improved dramatically. The new solution reduced contract cycle time by almost 300%. Morale was high. The paralegals celebrated with a potluck lunch attended by the CEO. He made an example out of the group to the rest of the company!

The secret sauce here is that by minimizing unintentional conflict, the manager and his team created operational “shared space”. If you read my article, Managing Unintentional Conflict, you know that shared space comes from focusing on the bigger picture and the common good we can create together – not just on our own agendas – in order to optimize the business outcome.

Creating shared space provides a fundamentally different focus than what we have when we are in conflict. It makes all the difference in the outcome.

We would appreciate hearing from you. Do your operations foster unintentional conflict? Tell us your story and let’s talk about how to make things work better – for the good of all.

Learn how our Conflict Management Services can help you avoid unintentional conflict in your operations. Or, contact us for a no-obligation consultation. Either way, we can help Advance the Way You Work in developing your business operations.